The Story of SuzieW 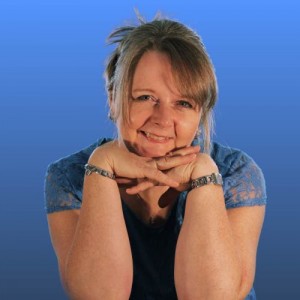 Once upon a time …

… a little girl was born in a gritty, Northern, industrial town called Warrington. Her name was Suzie.

Suzie learned to read even before she went to school, quickly finishing all the books in the reading scheme and most of the school library which meant there were always lots of stories whirling round in her head. She then turned to writing her own.

Her first book series (which took several exercise books and an entire school year to write) was entitled My Uncle the Ostrich.

Suzie tried many jobs including …

Sometimes she held down two or three of these jobs at the same time.

At last she became an author and began to get all those whirling stories out of her head and down on paper. Suzie thought this was the best job of all.

Suzie has a daughter who is a drummer, another who is a driving instructor, a son who is a dancer, and two gorgeous grandchildren who are the inspiration (and beta readers) for her children’s books.

Suzie now lives in the wild, wet, Welsh borderlands. She has a BSc in Psychology and plays piano.

She has written and directed several award-winning plays and pantomimes for her local Amdram group, and also writes pulse-pounding, heart-stopping, fast-living YA fiction under the name of Suzanna Williams.